Live unique experiences in an exclusive and welcoming environment. Massages, therapies and rest in its maximum expression. Because sometimes it is necessary to pause to gain momentum.

Everything, even the last tile is set to achieve an effect: to transport you to Ancient Rome. Inspired and designed as the old Roman baths, the new Híspalis Spa offers everything the lover of aesthetic and health treatments can wish.

Enjoy a tempting pleasure for your body and mind. Relax your five senses, disconnect from routine and forget stress.

Seville, capital of Andalusia, Roman, Arabic, Renaissance, Baroque, Latin American, Marian, flamenco, bull-fighting, modern, festive, bright, perfumed, sea-faring, traditional, hospitable, gracious, cosmopolitan, religious... All of these adjectives, and many more can be applied to this city, which not only typifies all that is "Spanish" and "Andalusian", but also contains such innumerous artistic, cultural, leisure, social and tourist attractions, that is has also become one of the most universal, best-known and most-visited cities in the world, birthplace and inspiration of writers, painters and artists in general.

Impossible to find another urban centre which boasts such varied and unusual monuments and places of such beauty as the Giralda,the Cathedral , Reales Alcázares (Arabic Palace), the Torre del Oro, the Patio de los Naranjos, the Maestranza (bull-ring), the Casa de Pilatos, the Plaza de España, the Marí­a Luisa Park, the Maestranza theatre, the Saint Telmo Palace, the Archivo de las Indias (Indian Archives), the Barrio de Santa Cruz (Santa Cruz district in the city centre), the Lonja, the Palacio Arzobispal (Archbishop's Palace), the Fábrica de Tabacos (Tabacco Factory), Town Hall, the Dueñas Palace, the Don Fadrique tower, the City Walls, the Macarena Basilica, the Fine Art Museum, the Contemporary Art museum, the Alameda de Hércules, the Barrio de Triana (Triana district), the bridges over the Guadalquivir, the Cartuja and monastery and the site of Expo 92, the buildings from the Universal exhibition in 1929, the Casa de Luca de Tena, the patios of its traditional houses, the balconies and railings, as well as an endless number of churches, convents and other details which convert the ancient city centre into an open-air museum.

If we add to this its taverns, its cuisine, its festivals, and the humour and hospitality of its people, we have formed a generous whole, full of colour, drama, light, music, joy, tradition and modernity which is difficult to match.

You may also be interested in our visits to Itálica 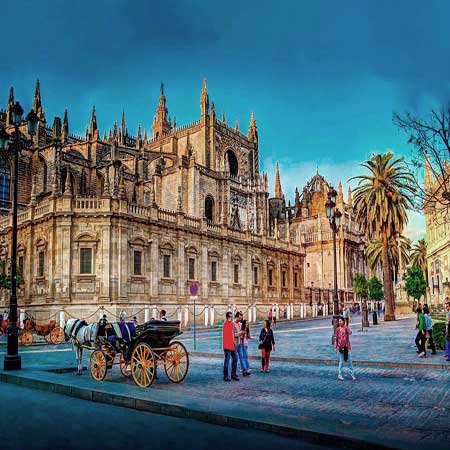 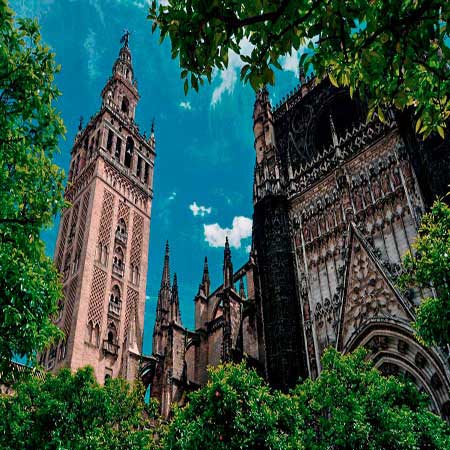 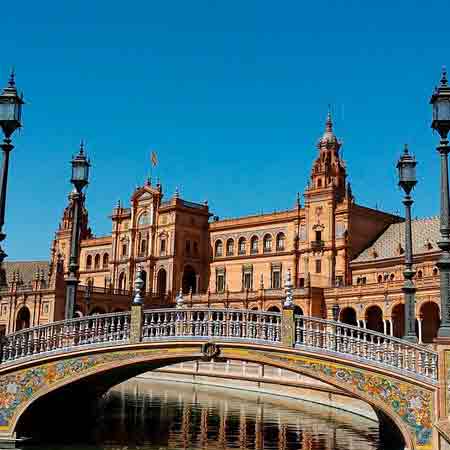 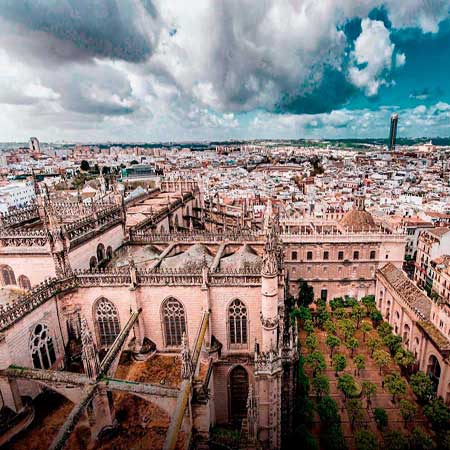 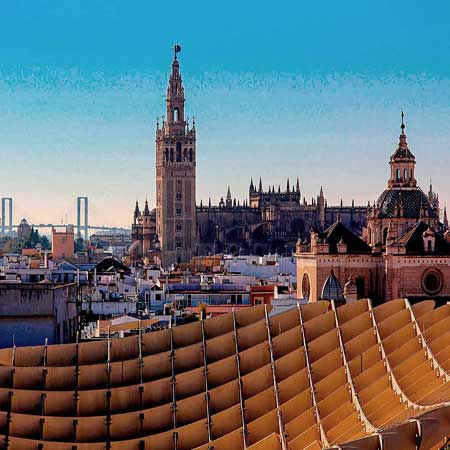 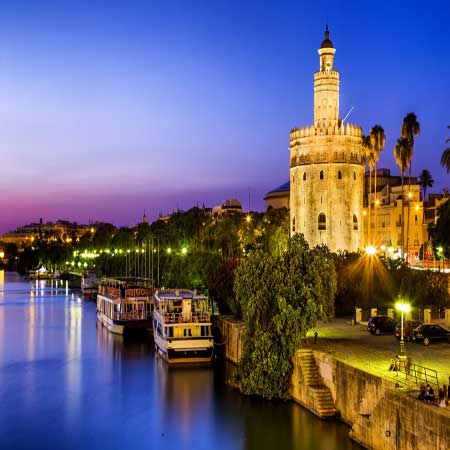 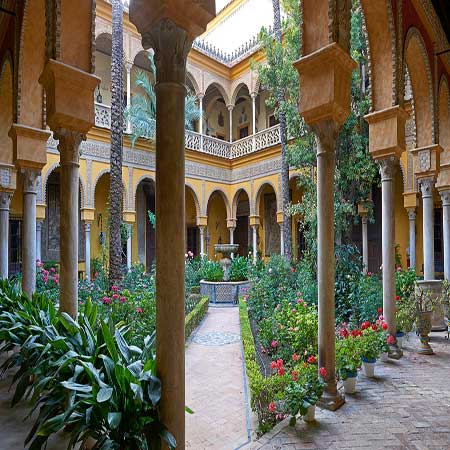 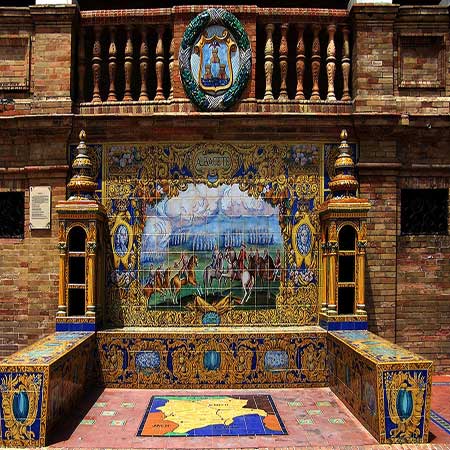 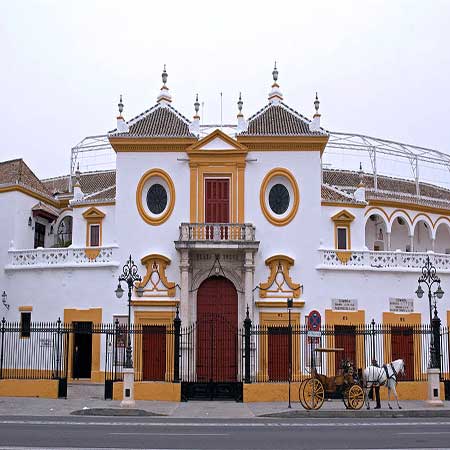 The streets and squares in the historic quarter of the capital of Andalusia are lively and busy. They treasure many constructions that have the World Heritage designation, and many districts are full of traditional culture, like Triana and La Macarena.